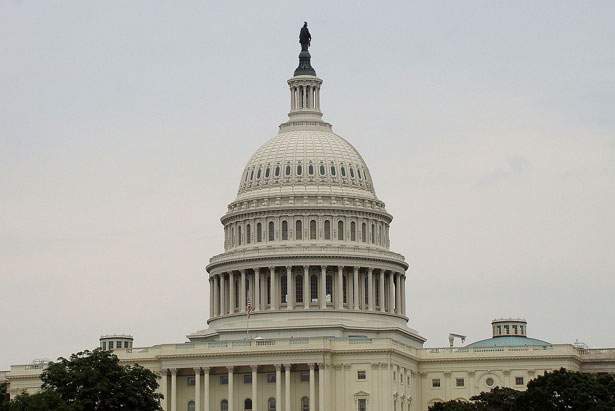 TRENTON, NEW JERSEY December 5th, 2018 – Bernie Sanders, the 2016 Democratic Party Presidential hopeful, shocked not only his core Democrat supporters but the opposition as well when he purchased a not-so-modest summer home on the shores of Lake Champlain. That acquisition effectively contradicts the principals that Bernie, 74, has stood for all his political career. Sen. Sanders has build a ravenous reputation as the champion advocate for the mostly disparaged 99%. That revelation begs the all-too important question: What on earth then is the ever-aggrieved senator doing by choosing to live next-door to the American elite, or the 1%?

According to Vanity Fair, Bernie and Jane Sanders had to sell-off their erstwhile family home in Maine to raise the $600K price tag for the four-bedroom summer home. Vanity Fair went on to reiterate the fact that, Bernie now owns 3 posh homes. The other properties are in Washington, D.C. and, in his home state, Vermont.

As expected, that news sparked off a huge storm in the mainstream media and in Capitol Hill. Bernie’s critics didn’t waste a moment to vilify the so-called, ‘working-class-champion’ for being a downright pretender and an outright hypocrite. In 2016, Bernie won the hearts and admiration of millions of American voters with his unrelenting stance on the urgent need to address the ever-rising income inequalities in the U.S. That mantra indeed defined his voter rallying call with the masses.

Bernie also caught the attention of many dissenting republican voters and critics alike. The latter groups argued that provided you, as an American, do your business within the legal confines of the law, then there ought to be no cap whatsoever on the amount of wealth you can amass. After all, that is the basis on which Capitalism got founded.

Tax Returns
Despite being a veteran politician who has been a permanent feature on the American Senate for ages, Bernie comes off as a modest person. As of 2014, the Sanders are on record having earned a combined total of $205,617. The senator earned $174K and the wife, Jane, pocketed the modest difference in 2014. Going by those earnings totals, Bernie Sanders one of the least wealthy people in the Senate.

The debates on how much conservatives like Bernie earned from SuperPACs quickly dissipated after President Trump won and ascended to the Oval office. The news of Bernie purchasing a third house, however, reignited that contentious topic and Bernie’s critics were back baying for more blood.

The Senator’s PR nightmares were just getting warmed up. Soon after, and in a deliberate attempt to save face, Bernie sent out a Twitter message with a near-catastrophic typo. The Twitter message Bernie sent out insinuated that billionaires could have it all. The reformer quickly corrected the typo adding that billionaires can’t have it all, but by then the damage was already done and Twitter was having a field day.

The American Civil Rights Movement didn’t want to be left out of the controversy facing the popular (“Independent Party Senator”) purporting to be a Democrat for the nomination and lucrative benefits which started with ActBlue Super PAC for the Presidential Candidacy nomination.

Senate lobbyist, Cary Lee Peterson went to the United States District Court of New Jersey in October 2018 and filed a lawsuit against Garvey Schubert Barer, a law firm on the The Hill owned by Sanders’ general council, Brad Deutsch.

In the lawsuit, Peterson, claimed that this U.S. Senator, who was previously vehemently opposed to political contributions from big corporations (and the Billionaire class) while running for the Presidency is guilty of abuse and misconduct that disserved political donors and “public interest” due to improper use of campaign funds to finance Tort & Conspiracy against him through his attorney and other saboteurs – of which some may in fact work for the Justice Department.

Thus, the “federal charges” filed on Peterson in 2016 resulted in two years of house arrest hell, $200,000 Bail, and almost 12 months in jail (at Monmouth County Jail in Saint Elsewhere, New Jersey) via malicious prosecution against the “Super Pac Man” for frivolous charges that had nothing to do with politics, or “James Bond” whatsoever.

The powerful civil rights lobbyist claims that the senator’s attorney, Deutsch, was way out of order and that he had indeed violated a number of Constitutional Rights, as well as state laws on conspiracy and duress which are now on the desk of the New Jersey Attorney General according to the Garvey suit.

Consequently, “The secret” of who was responsible for the clandestine [sabotage acts] to make lobbyist Peterson a non-person like Will Smith’s character in the popular Hollywood movie from the 90’s, Enemy of the State was leaked in an email chain among Garvey’s client (“TK”), a private investigator, and three other attorneys.

The email ironically landed in Peterson’s inbox nearly a year after he had been arrested at an airport by the FBI for past affiliation with a penny stock company involving two of Garvey’s clients, and New Jersey attorney Gregg Jaclin who was wanted by the Feds for securities fraud.

“TK” knew Peterson from a prior non eventful penny stock deal that ‘went south’ due to the New Jersey attorney and his accomplice in Utah according to the “leaked email” that are supported by records on file with the Securities and Exchange Commission and lawsuits filed in Delaware and Ohio regarding the aforesaid prior non-event.

In Layman’s terms: much like popular 90’s flick, Enemy of the State, ironically similar to the Peterson – Garvey – Sanders Affair mentioned here, a shystie congressman maliciously abuses his political pass by sending Feds after a D.C. lawyer who inadvertently came into contact with a legal associate who had dirt on the fictional politician. However, in this non-fictional instance (similar to the popular 90’s movie) Sanders appears to have confused socialism with totalitarianism, since it is illegal to use your political clout and campaign fund [attorney] to launch a witch hunt on another political figure that you dislike; including calling up your buddies at the Justice Department to file frivolous criminal charges against him for securities fraud committed by two other guys that Garvey’s client sued two years prior for a non-eventful merger-acquisition attempt.

Sadly, Colonel Sanders’ totalitarian feeblemindedness may result in he and his injudicious “associates” feeling the burn for this one.  Unlike the movie, Bernie Benedict didn’t launch a preposterous manhunt against an enemy of [any] state in this case – he plotted a conspiracy against a real civil rights lobbyist for Congress, who had ties to the real life “007”, a governor-cousin of a Pacific island bigger than the state of Vermont, a diplomat with a confirmed history with the United Nations, and diplomatic ties with four of the most dangerous countries on the planet; Nigeria, Haiti, Liberia and Albania according to court records, which is probably also on Peterson’s personal FBI report that is currently under investigation for mysteriously being ‘classified’.

Lastly, not to forget was notoriously give a nickname, “Super PAC Man” on The Hill, named after a popular 80’s classic video game character who snacked on ghouls that were chasing him down and constantly trying to f*** with him while he was on a conquest – or in this matter simply exercising his First Amendment right to freedom of speech and political expression. Overall, Sanders’ Camp have some serious explaining to do since Sanders’ presidential campaign attorney, Brad Deutsch told Center for Public Integrity in March 2016 upon Peterson’s arrest at San Francisco International airport that he was “not at all surprised” by the news of Peterson’s arrest – which, is contrary to the “leaked email” that confirms (twice) that he himself was the reason why Peterson was arrested and had “federal charges” filed on Peterson in the first place.